The core of China: Culture and Society is the pamphlets held in the Charles W. Wason Collection on East Asia housed in the Carl A. Kroch Library of Cornell University. Mostly in English and published between c. 1750 and 1929, and amounting to around 1,200 items in 220 bound volumes, these rare pamphlets form part of one of the deepest and most extensive collections of literature on China and the Chinese in the Western world and constitute a rich resource for scholars and teachers in numerous disciplines.

The pamphlets have all been digitised in colour and are full-text searchable. Many are illustrated and feature lavish cover art.

Types of material in the collection include:

A central strength of the Wason Collection is that it encompasses the widest possible variety of writings on the people and cultures of China and foreign involvement there. Topics covered in China: Culture and Society include:

Emigration was a feature of Chinese life in the nineteenth and twentieth centuries. This theme encompasses broadsides and reports attacking Chinese immigration, appeals from Chinese emigrants for a better reception in their new homes, texts of legislation and government pronouncements, material on the habits and businesses of emigrant Chinese, correspondence from Chinese emigrants and journals of emigrants’ journeys. Material relating to Chinese emigration to California is represented particularly strongly.

The Foreign Presence in China

During the nineteenth century the European powers, the United States and Japan steadily increased their presence and power in China. Materials covered by this theme include official reports on the foreign treaty ports, biographical works on prominent foreigners in China, pamphlets on expatriates’ leisure pursuits, commercial histories, advice for new arrivals, reports on legal proceedings and accounts of anti-foreign agitation amongst the Chinese.

This theme includes accounts of foreign embassies to the Chinese court, texts of international treaties, foreign opinions on relations with the Chinese, historical and legal articles on Chinese relations with other countries, legislative proceedings and correspondence between policymakers.

From the late nineteenth century, Chinese played host to numerous military incursions from foreign powers. Included in this theme are general histories of wars with Britain, Japan and Russia, accounts of specific military actions and profiles of prominent military figures.

This theme includes works on constitutions and the law, the Chinese civil service, policing, efforts at governmental, legal and social reform, the revolution of 1911-12 and the development of the Republic of China.

A great deal of the western penetration into China was through the agency of Christian missionaries. This theme includes reports of missionaries’ activities, catalogues of missionary societies’ publications, sermons, correspondence, mission histories, biographies of prominent missionaries, theological treatises on Christianity in China, teaching texts for mission schools, accounts of the work of mission hospitals and church periodicals. 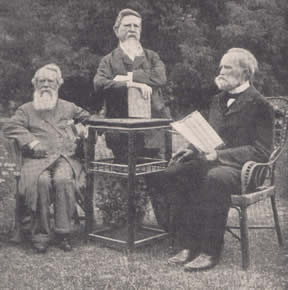 Included in this theme are academic essays on Chinese religious practices, tracts by Christian missionaries, syntheses of Chinese and Christian thought, material on Jews and Muslims in China and biographical works on religious figures.

The opium trade and its attendant wars loomed large in British involvement with China from the mid-nineteenth century. This theme includes histories of the opium trade, tracts opposing its use and the trade in it, medical treatises on opium use, missionaries’ opinions on opium, and accounts of government proceedings related to the trade.

As the nineteenth century progressed, China was wracked by repeated uprisings, civil wars and, ultimately, revolution. Materials in this theme include accounts of the Taiping Rebellion (1850-64), the massacres of missionaries at Shanxi (Shansi) in 1900 and the siege of the foreign legations in Beijing during the Boxer Rebellion.

This theme includes bilingual dictionaries and glossaries between Chinese and foreign languages, academic articles on the linguistics of Chinese dialects, guides to Chinese linguistic etiquette and idioms, guides for foreign learners of Chinese and tracts on expounding Christian doctrines in Chinese.

This includes studies of costume, coins and porcelain, catalogues of paintings and sculpture, academic studies of artworks, ancient inscriptions and musical instruments, and catalogues of publishers and museums. 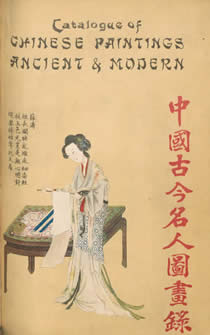 This includes catalogues of Chinese works from libraries, lists of books on China and in Chinese on sale from publishers and bookshops, and sale catalogues of private collections.

This theme includes essays on the Chinese education system, tracts promoting the advance of western education in China, reports from government education departments and prospectuses of colleges.

This theme includes material on board and card games, sports such as racing, music, theatre and gambling, as enjoyed by the Chinese, Chinese emigrants abroad and westerners in China. 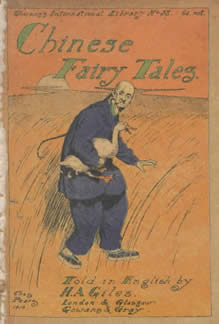 This theme includes scientific studies of the flora and fauna of China, treatises on improvements in agriculture and river navigation and accounts of journeys by naturalists.

This theme includes accounts of hospitals and other medical institutions, material on foot-binding, accounts of famine relief, works on Chinese science and medicine, investigations into nutrition, accounts of instances of contagious disease and reports on the work of medical missionaries.

This theme includes both guidebooks for intending travellers and accounts of travels, exploratory, missionary, commercial and leisured. Most, though not all, accounts are by westerners.

This theme includes materials on traditional Chinese transport, the development of railways and shipping lines, postal services and telegraphy, publicity material for transport companies and their financial documentation. 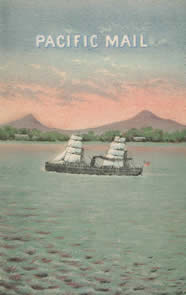 This theme is a broad one, encompassing overviews of the culture, population and geography of China, volumes of photographs, historical surveys, articles taken from periodical encyclopaedias and statistical works.

About the Charles W. Wason Collection 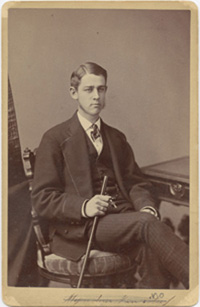 Charles W. Wason was born in 1854 in Cleveland, Ohio, the son of a banker. Taking a degree in mechanical engineering from Cornell University in 1876, he returned to his home town to work for the East Cleveland Railway Company, going on to establish the first public electric railway in the United States. Later in his career he made his fortune as the director of a number of railway, electricity and telephone companies.

Wason first visited China with his wife on a cruise in 1903, igniting a passion for the country, its people and their culture which was to last for the rest of his life. However, he did not start collecting books on China until 1909, when he received Letters from China by Sarah Pike Conger as a Christmas present from his mother-in-law. He was later to declare in a speech to the Cornell Alumni Association of Cleveland that he aimed to collect all works on China in the English language he could get his hands on, with the aim of bringing "China and the United States into closer intellectual relations".

Wason’s health began to decline soon after he began collecting, so he employed Arthur H. Clark, a friend and Cleveland publisher, to take over the buying of books and manuscripts. In the eight years between 1910 and 1918, Clark amassed on Wason’s behalf 9,000 volumes of material, which in time took up an entire third-floor ballroom in Wason’s house (converted by a firm of architects into a library decorated with Chinese motifs).

Wason and Clark’s aim was to build a rounded collection, including titles published in China and outside, which provided as full a picture as possible of China and the Chinese people. To achieve this goal standard works on China’s neighbours were added to the collection, as well as selected materials in other European languages, journal articles – 62,000, taken from 150 periodicals, by the time of Wason’s death – maps and manuscript materials.

Rare and important highlights of the Wason Collection include five manuscript volumes of the Encyclopaedia Maxima (1547), a 1661 ‘jade book’ bearing an inscription by the Kangxi Emperor, the manuscripts resulting from the mission to China in 1792-4 of the British diplomat Lord Macartney, a set of publications of the Chinese Maritime Customs Service (founded 1854), and a variety of 16th- and 17th-century books and manuscripts in Latin, French, Spanish and Portuguese, mostly written by Jesuit missionaries.

Charles Wason died on 15th April 1918. Having long cherished his ties to Cornell, he bequeathed his collection to his alma mater along with an endowment of $50,000, the interest on which was to be used to continue purchasing material. Cornell subsequently took the decision to start adding works in Chinese as well as in English.

Gussie E. Gaskell, a Cornell graduate, was appointed the first permanent curator of the Wason Collection in 1927. Originally a student of modern Europe, she learned Chinese, went frequently to China on book-buying trips and worked with Cornell academics to direct the growth of the Collection. This growth was accelerated with the appointment in 1938, thanks to a grant from the Rockefeller Foundation, of Cornell’s first full-time professor of Chinese history, Knight Biggerstaff, who would himself play a leading role in the Wason Collection’s development. 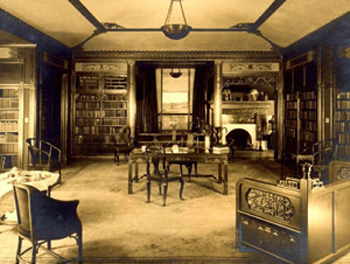 With the communist victory in the Chinese Civil War in 1949, Gaskell began in the 1950s to focus her buying on works on all subjects relating to contemporary mainland China. Then, after restrictions imposed by the Chinese government during the Cultural Revolution made the acquisition of many of these materials difficult, the Collection’s emphasis shifted to filling gaps in its holdings relating to the period between 1900 and 1949. With the halt called to the Cultural Revolution and the easing of restrictions in 1976, acquisitions once more began to concentrate on contemporary material.

Over the decades the Wason Collection has expanded its holdings into thousands of volumes of material on Japan and Korea, whilst continuing to focus on China. Now housed in the Kroch Asia Library, the Collection’s current holdings amount to over 600,000 volumes, the majority of which are in Chinese; about 80,000 volumes are in English.

In addition to the pamphlets, China: Culture and Society includes a number of complementary secondary resources which contextualise the core collection.

Our illustrated chronology of Chinese history reflects in its contents the timespan and the thematic diversity of the pamphlet collection. Its focus, like the collection’s, is on the nineteenth and early twentieth centuries, and it can be filtered by theme for ease of use.

The mini guides in this section provide brief introductions to some of the key topics and events covered in the Wason collection. The guides are organised alphabetically and reflect the themes of the pamphlets.

Explore topics and individual documents selected by members of the editorial team.

This forms a showcase for the illustrations, artwork, photographs, maps, covers and other stunning visual material contained in the Wason pamphlets. Users can build a slideshow of images they have chosen from the gallery.

A selection of links to organisations and free scholarly web resources devoted to the study of China.

Begin searching the collection through our popular searches, a selection of keywords, themes and places which feature strongly in the resource. These can be explored as a list or through the word cloud.

Various methods of romanizing the Chinese language have been used in the West. One of the most often encountered is Wade-Giles, initially devised by Thomas Wade in 1859, and later revised by Herbert Giles in 1892. The later Chinese Postal system romanization is based in many ways on Wade-Giles, and was standardized in 1906.  It survived the fall of the Qing dynasty and remained the accepted method of romanizing Chinese place names until the introduction of the Hanyu Pinyin system in the mid-20th century.

As the pamphlets of this collection range from the 18th to the early 20th century, you will find a mixture of accepted romanizing methods, as well as some highly idiosyncratic or phonetic spellings of people and places. Our search engine has been programmed to recognise the possible multiplicity of place and personal names, and so will return search results for a number of alternative spellings of a place or person, regardless of which spelling is entered in the search.

For easy reference, below is a useful list of places commonly found in the collections and their various spellings, organised according to their accepted Pinyin spelling.